The third wave of COVID-19 pandemic has hit the country with the widespread of the highly contagious omicron variant in the world. Several Bollywood celebrities including Sonu Nigam, Arjun Kapoor, Ekta Kapoor among many others have been tested positive for the virus. Recently, Varun Dhawan took to social media and commented on how everyone in Mumbai has a friend who has tested positive for Covid-19.

He wrote, “If you are from Mumbai and your friends are not Covid positive, then you don’t have friends.” 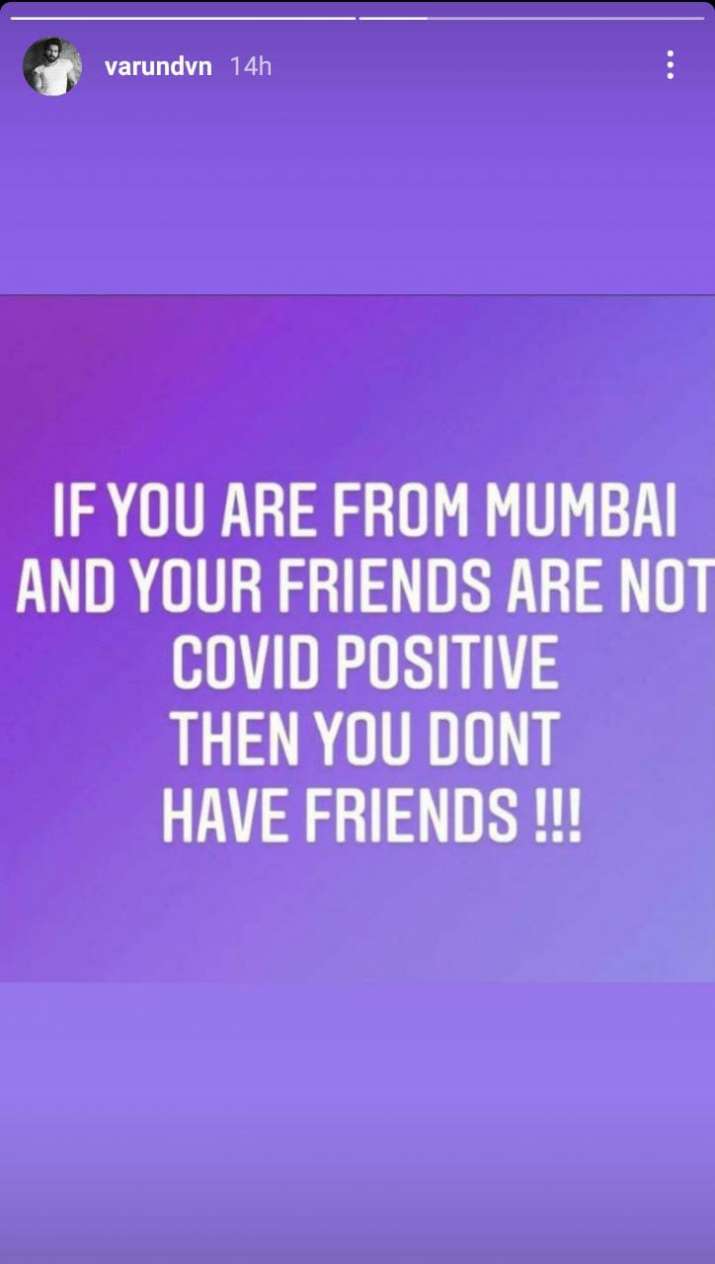 Previously Varun wished his close friend Arjun a speedy recovery.  Arjun had uploaded a special video featuring his moments from 2021 and had captioned it, “Thank you 2021. Coming thru 2022 #WorkInProgress.” Reacting to Arjun’s post, Varun dropped a ‘get well soon’ wish in the comments section.

On the work front, Varun will next be seen opposite Kriti Sanon in Bhediya. Recently, Varun wrapped up a shoot for another film, Jug Jugg Jeeyo. Directed by Raj and produced by Hiroo Yash Johar, Karan Johar, and Apoorva Mehta, the romantic drama went on floors in Chandigarh in December 2020.

The shoot of the movie was halted many times due to the second wave of the COVID-19 pandemic. Varun had tested positive for the infection during the shoot, which was one of the reasons for the movie shoot to pause for some time. ‘Jug Jugg Jeeyo’, which also stars Anil Kapoor, Neetu Kapoor, Maniesh Paul and Prajakta Koli in the lead role, is slated to hit the silver screen on June 24, 2022.

Image Source : INSTAGRAM/ANUSHKA SHARMA, ARJUN KAPOOR Anushka Sharma, Arjun Kapoor Anushka Sharma and her sunny Instagram posts never cease to impress. On Thursday, the actress treated her fans to yet another series of gorgeous selfies flaunting her crystal clear skin and lustrous hair. In the photos, the actress appears to be sitting in an […]