Filmmaker and writer B Subash, who sky-rocketed Mithun Chakraborty’s career in films including with Disco Dancer, needs financial help for the treatment of his wife who is battling lung and kidney ailments. 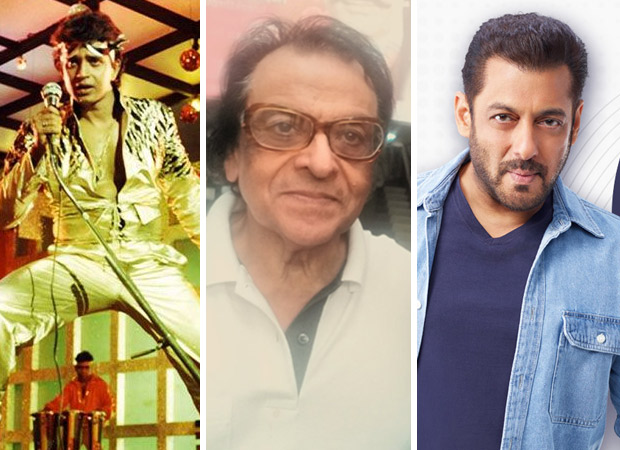 The man behind the success of Disco Dancer said that they were doing just fine with the two daughters and son taking care of a company that he established in 1982 but things took a turn for the worse with the COVID-19 pandemic. Their financial situation was complicated further by the severe health issues of his wife Tilottimma.

B Subhash said his 67-year-old wife has had severe health issues since the past five years. “Five years ago, both her kidneys failed and she was supposed to undergo a kidney transplant at Kokilaben Dhirubhai Ambani Hospital upon the suggestion of a doctor. I had decided to give my kidney to her.But the doctors conducted some tests and it came to light that she has lung issues too. She has ILD (Interstitial Lung Disease) and we couldn’t do kidney transplant as it would have had serious repercussions on her health,” Subhash told PTI in a statement.

Tilottimma’s health has continuously deteriorated and she was hospitalized for more than a month in September this year. She came home for a brief period, only to be hospitalized later, the director said. “She started bleeding and then again we took her to hospital. She came back home three days ago. It was during this time period that the bill amount incurred was Rs. 30 lakh. We, as a family, were struggling to gather funds. Hence, we reached out to the industry people and also sought help from crowd-funding portal Ketto,” he added.

B Subhash said Bollywood superstar Salman Khan had taken care of his wife’s hospitalisation five years ago. “He immediately offered help for the treatment. It was so gracious of him. It was completely unbelievable, I am truly indebted to him,” he added.

The 77-year-old filmmaker informed that many people came out to help, even the people he had previously collaborated with. He said that since they were unable to pay this huge bill amount of Rs. 30 lakh, his daughter Shweta had approached Juhi Chawla, Anil Kapoor, Dimple Kapadia, Bhushan Kumar, Ratan Jain, and they all came forward. Even his Disco Dancer’s lead actor Mithun Chakraborty came forward to help them.

B Subash was 20 year old when he had come to Mumbai to follow his dreams. His debut film was with Shashi Kapoor and Hema Malini’s Apna Khoon in 1978. His other movies include Taqdeer Ka Badshah, Kasam Paida Karne Wale Ki, Adventures of Tarzan, Dance Dance, all starring Chakraborty in the ’80s, among others.

[ad_1] Veteran ace actress Neetu Kapoor is all set to make her comeback in Bollywood with the film Jug Jug Jeyo. The film will star Kiara Advani, Varun Dhawan, Anil Kapoor and digital star Prajakta Koli. The cast and crew have been shooting for the film for the past 8-9 months in various locations. Now, Neetu […]

[ad_1] Actress Preity Zinta has entered a new stage of her life as she has now become the mother to twins Jai and Gia. The actress along with her husband Gene Goodenough announced the news today on Instagram. In an Instagram post, she shared a selfie of her Gene and wrote, “Hi everyone, I wanted […]

[ad_1] An open letter from Hatice Cengiz, who was engaged to slain reporter Jamal Khashoggi, is urging Justin Bieber not to play a December 5 show in Saudi Arabia. Bieber is set to perform in the Saudi Arabian City of Jeddah. He is the headliner among a group of artists performing as part of the […]