Salman Khan has detailed how he was bitten by a snake at his Panvel farmhouse. He was taken to a hospital in Navi Mumbai on December 25th night after the incident and was discharged on Sunday morning. Salman returned to the farmhouse after being released from the hospital to celebrate his 56th birthday. The actor normally spends his birthday with his family and close friends at his home on the outskirts of Mumbai. 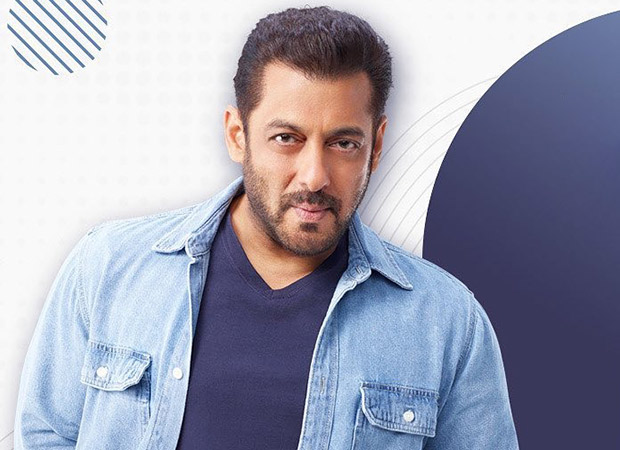 Salman Khan, when asked about the incident, replied, “It wasn’t much, a snake had entered one of the rooms, the farmhouse is quite in the jungle in Panvel. When the snake entered the room, kids got scared so I went in to see and asked for a stick, the stick that came was a small one so I asked for a longer stick, and they got one, with which I picked up the snake with a lot of love and brought it out, and the snake wrapped itself on the stick and then it started climbing upwards. It came quite close to my hand so I caught it with my other hand and dropped the stick to be able to leave the snake (in the jungle).”

He further said, “The villagers around know what snakes come around. This was a Kandhari snake, and they started screaming ‘kandhari, kandhari, kandhari’. That’s when the snake bit me once, then there was more chaos when they screamed ‘chaavla, chaavla, chaavla’ (the snake has bit), that’s when the snake bit me again. Then they all screamed ‘hospital, hospital, hospital’, saying that I should be taken to a hospital quickly. There was so much commotion, the snake was a bit venomous, and it bit me again. I was taken to the hospital, and there we came to know that it is a different kind of snake, not the great kandhari.”

Salman was seen cutting a cake in several photos and videos circulated online. He exited the farmhouse to speak with the paparazzi that had gathered outside. The star gave them a friendly smile and posed for them. They also sang him a song. Salman then talked about the snake bite and his subsequent smile. The actor wore a black T-shirt, a black jacket, and brown colored jeans for the occasion. His neck was encircled with a chain.

Salman is also working on the third edition of the Tiger series for Yash Raj Films. Salman and actress Katrina Kaif will reprise their roles as RAW agent Tiger and ISI agent Zoya in the spy thriller helmed by Maneesh Sharma.

The actor also announced that he will play Indian espionage agent Ravindra Kaushik in a film co-produced by his sister Alvira Khan Agnihotri and his brother-in-law Atul Agnihotri, according to sources.

Also Read: Salman Khan confirms sequel to No Entry with Anees Bazmee on his birthday

[ad_1] After 11 years of courtship, Rajkummar Rao tied the knot with his longtime love Patralekhaa in a dreamy and intimate ceremony in Chandigarh on November 15. The photos from the wedding are beautiful. In presence of family and a few friends, the couple hosted series of ceremonies before their wedding day. Those who thought […]

[ad_1] South Korean actors Seo In Guk and Oh Yeon Seo have been confirmed to star in the upcoming drama Minamdang: Case Note. The story of the drama is said to be based on a popular web novel of the same name, Minamdang: Case Note, is a mystery comedy about the events that unfold as […]

[ad_1] Sanjay Dutt has had a year with a movie release and full of signings. The actor was once again at his personal best as he took on a new avatar and new look for his role. The actor enjoys a great fan following and this makes him one very attractive ambassador, as the actor […]